I give you Spencer's Zombie Trap: 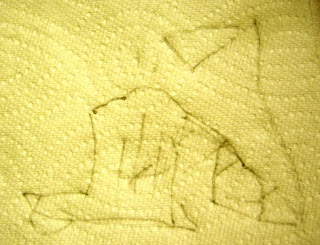 That's right, while you suckers are getting your brains eaten, I will be safe during the zombie apocalypse due to the above ingenious design by a four year old. According to Spencer, brains are used to lure them up a ladder, they fall into a pit (camouflaged by a fake building) and then it's like shooting fish in a barrel. Our plan is foolproof though we still haven't decided whose brains will be the bait.
Posted by Happy13 at Friday, December 03, 2010

Happy13
I have no idea what you're asking about if it happened more than 10 seconds ago.